2022 was an eventful year for Indian sports with multiple highs and lows.

The Bridge picks the top ten pictures from the year 2022 across sports which defined the pulse and caught the emotions of players and fans alike.

Avinash Sable created history with his silver medal run in the 3000m Steeplechase as he prSaurevented a Kenyan podium sweep after 28 years in the event.

Coming from a World Championships debacle, Avinash Sable was under pressure to perform in CWG Games but it was tough given the presence of the Kenyan trio of Conseslus Kipruto, Abraham Kibiwot and Amos Serem.

The same trio swept off the podium in the 2018 Gold Coast Games but a spirited Sable decided to take matters into his own hands and create history.

2. A moment to savour- Saurav Ghosal’s bronze medal at CWG 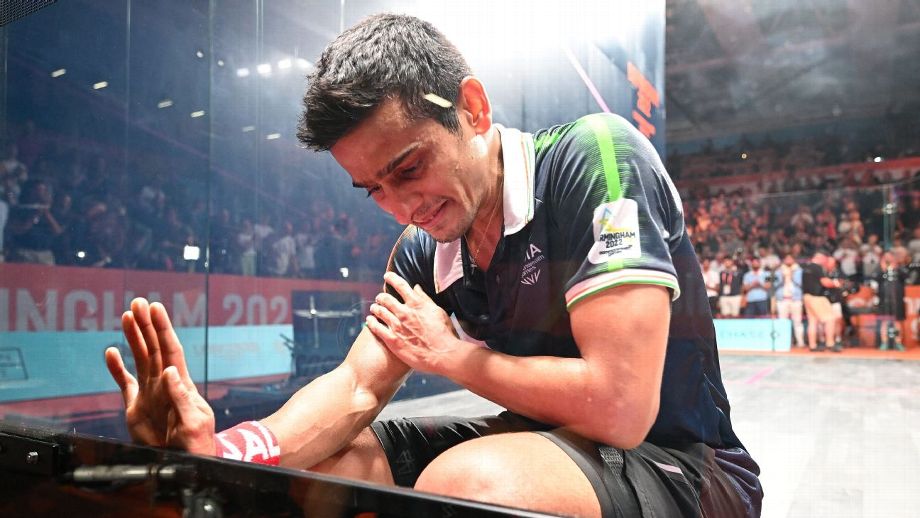 Sports are weird when it comes to emotions. Tears can be deceiving to onlookers at times.

And the way he chose to express it? Tears.

The complexity of the moment is the definition of humans and their emotions.

Were these tears of happiness or sadness or gratitude or shock or relief?

It could have been anything, the happiness of becoming India’s first ever male squash played to win at CWG, the sadness of losing his long-time coach Malcolm Willstrop last year, gratitude to all the fans, a loving family and a supportive wife, the shock of finally defeating James Willstrop or relief after all those close misses at World Championships and CWGs.

Only Saurav Ghosal can tell us which form of tears were those! 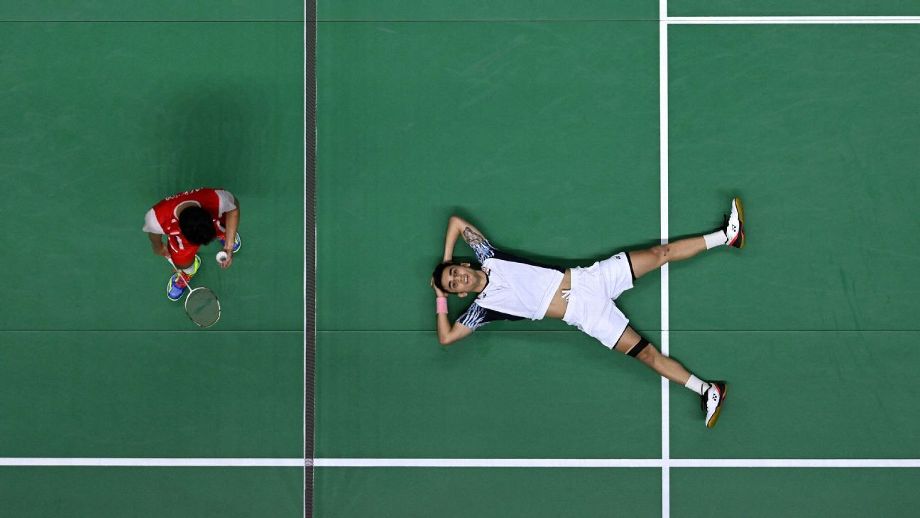 2022 was one of the best years Indian badminton has witnessed.

In one of the most spirited performances of history, the Indian men’s team defeated Indonesia to lift the Thomas Cup.

India defeated Malaysia, Denmark and Indonesia in knockout rounds on the way to the title.

Coming into the finals against Indonesia, Lakshya Sen had won just one game and lost the next three. In the finals, Lakshya Sen was facing Anthony Ginting who was in stellar form.

Ginting started the game with a 21-8 crushing win over Sen but what followed was a brilliant comeback as Sen defeated Ginting 21-17 and 21-16 in the next one hour to give India the winning start.

With Lakshya Sen winning the game, it looked like India was destined to create the history that day.

4. Tribute to Novy Kapadia- The Encylopedia of Indian Football During the Indian football team’s AFC Asian Cup qualification, the fans in Kolkata paid a tribute to Professor, Novy Kapadia. A man who was synonymous with Indian football and the beautiful moments of the game which left us last year in November.

Popular among Indian fans as the Encylopedia of Indian football, Novy Kapadia was a renowned journalist and professor based out of Delhi, known for his relentless passion for the game.

From calling a FIFA game during the world cup to commentating on a Subroto Cup game between Delhi schools, Novy Kapadia had the same zeal across both games. His book “Barefoot to Boots: The Many Lives of Indian Football” is considered one of the best books on Indian football.

5. Moments before Destruction: One of the most impactful subs in Indian Football The 81-year-old competition Santosh Trophy is home to multiple stories which are worthy of being folklore.

In the 2022 edition of the competition, Karnataka was leading 1-0 against Kerala in the semi-finals. Bino George (Kerala Manager) decided to make a substitution by calling striker Vignesh off and sending a young Jesin TK.

What followed next was absolute madness making this photo one of those Moments before destruction.

Jesin went on and scored a hat trick in 15 minutes. The crowd exploded and before you knew Kerala are leading at HT by 4-1. Jesin didn’t stop there scoring two more before FT.

Indian legend I.M. Vijayan was there to witness this beautiful moment and this photo will be one of the iconic moments in this competition’s history. Kabaddi is a game of pace and thrill. While combat sports is a team games, there are moments when individual brilliance takes over.

But the left corner of Patna Pirates, Shadlu decided to take on Delhi and produced eight super tackles which is a history in Pro Kabaddi League. He would go on to score raid points also scoring a total of 19 points while his team scored just 8 more points.

It was a one-man show in front of a full Hyderabad crowd. As it is mentioned before, sports are weird when it comes to human emotions. Any Indian sport is incomplete without the mention of the Indian golden boy, Neeraj Chopra.

The Olympic Champion has already cemented his name in the Indian history books by creating every possible record and first-times in Indian Athletics.

When Neeraj won the silver at World Athletics Championships this year, the country was proud of their hero.

Although Neeraj Chopra took a moment to look at his medal and promised to return back with a different colour next year. The quality which sets legends apart from the medallists. If the rollercoaster term can be defined by something, it has to be Manika Batra’s performance in 2022.

The poster girl of Indian table tennis was blasted with criticism and her form was scrutinized after her poor returns at international tournaments and Commonwealth Games.

But as it is documented in sports, there is always a moment to redeem. Manika’s redemption came when she created history by becoming the first-ever Indian women’s TT player to win the bronze medal in Asian Cup.

A moment of inspiration if you are looking for one in 2023. The whole of India was frantically searching and learning about this new sport called Lawn Bowls when the quartet of Lovely Choubey, Pinki Kaushik Singh, Nayanmoni Saikia and Rupa Rani Tirkey were on the verge of winning a historic gold.

A game which makes jokes of age and doesn’t signify well build athletes, Lawn Bowls is played with poise and patience and these incredible champions showed exactly that against South Africa.

A group of athletes who fought every obstacle in life and on the Lawn Bowls course against South Africa to give India another sport to obsess over.

The last picture sums up Indian sports in 2022, with unlikely heroes and new stories to relish.

While it is very tough to choose ten pictures in a country which shows up with a new story or a hero even now and then, We hope these pictures will let you live the joy of these moments.

Happy New Year 2023 from everyone at The Bridge.

Johnson has sights set on greater, better completes in IndyCar