Badminton made its debut at the 1966 Commonwealth Games and has since been approved for 14 successive editions of the quadrennial event. India has been one of the most consistent badminton nations in the Commonwealth Games having always bagged medals in the sport except for a barren run between 1986 to 1994 where no Indian shuttler went to the Games.

India has, so far, won a total of 25 medals in the Badminton history of the Commonwealth games. It includes 7 Gold, 7 Silver and 11 Bronze medals.

Dinesh Khanna won the bronze for India after defeating Scotsman McCoig in the bronze medal match with a score-line of 15-7, 15-8. Other Indian shuttlers in contention – Nandu Natekar and Suresh Goel, crashed out before the semi-finals.

Suresh Goel, who was the quarter-finalist in the 1966 games repeated the feat of Dinesh Khanna and won a bronze medal by beating Ray Sharp 15-9,15-12.

Prakash Padukone delivered what he was expected of – India’s first badminton gold medal at CWG. A dominant run on course to glory saw him beating opponents with score lines of 15-0 and 15-1.

With no Prakash Padukone competing in this edition, another Indian badminton great stepped up. Syed Modi won gold by beating Nick Yates 7-15, 15-6, 15-5 in the finals. Ami Ghia and Kanwal Thakur Singh couldn’t repeat their feat as they lost the bronze medal game.

After hiatus of 16 years, Indian shuttlers were back and this was India’s best performance ever in badminton at the Commonwealth Games. Pullela Gopichand won Bronze in Men’s single, and Aparna Popat lost the gold medal game to Kelly Morgan to secure silver in women’s singles. The men’s team and Women’s team secured Silver and Bronze respectively.

Aparna Popat returned to win another medal in form of bronze while the others disappointed after the best performance in the previous edition.

It was another year of multiple medals for India. Chetan Anand got better than Aamir Ghaffar in the men’s singles bronze medal match to win the first medal for India.

This was followed with the mixed team defeating New Zealand in the bronze medal match to secure another medal. A young Saina Nehwal and Trupti Murgunde lost in the 3rd place playoff.

CWG 2010 was happening in India and India shuttlers put a dominant performance taking away 4 medals which included 2 gold medals for the first time.

Saina Nehwal became the first Indian woman to win a gold in badminton at the CWG when she bagged the women’s singles title. She was followed by Jwala Gutta and Ashwini Ponappa who won gold in the women’s doubles. Nehwal’s now husband, Parupalli Kashyap won the bronze medal in men’s singles while the mixed team lost to Malaysia in the finals to secure silver.

Jwala Gutta & Ashwini Ponappa with their medals in front of the Home Crowd.

2014 was another year which saw India winning 4 medals in badminton. Parupalli Kashyap upgraded his medal colour from bronze to gold this time. Gurusai Dutt followed his pursuit and won bronze. A young PV Sindhu won bronze while Jwala Gutta and Ashwini Ponnappa couldn’t repeat the last game’s heroics as they settled for silver.

2018 saw India rise as a dominant force in badminton and deliver their best-ever performance. The mixed team won gold for the first time ever defeating strong Malaysia. Kidambi Srikanth secured a silver. 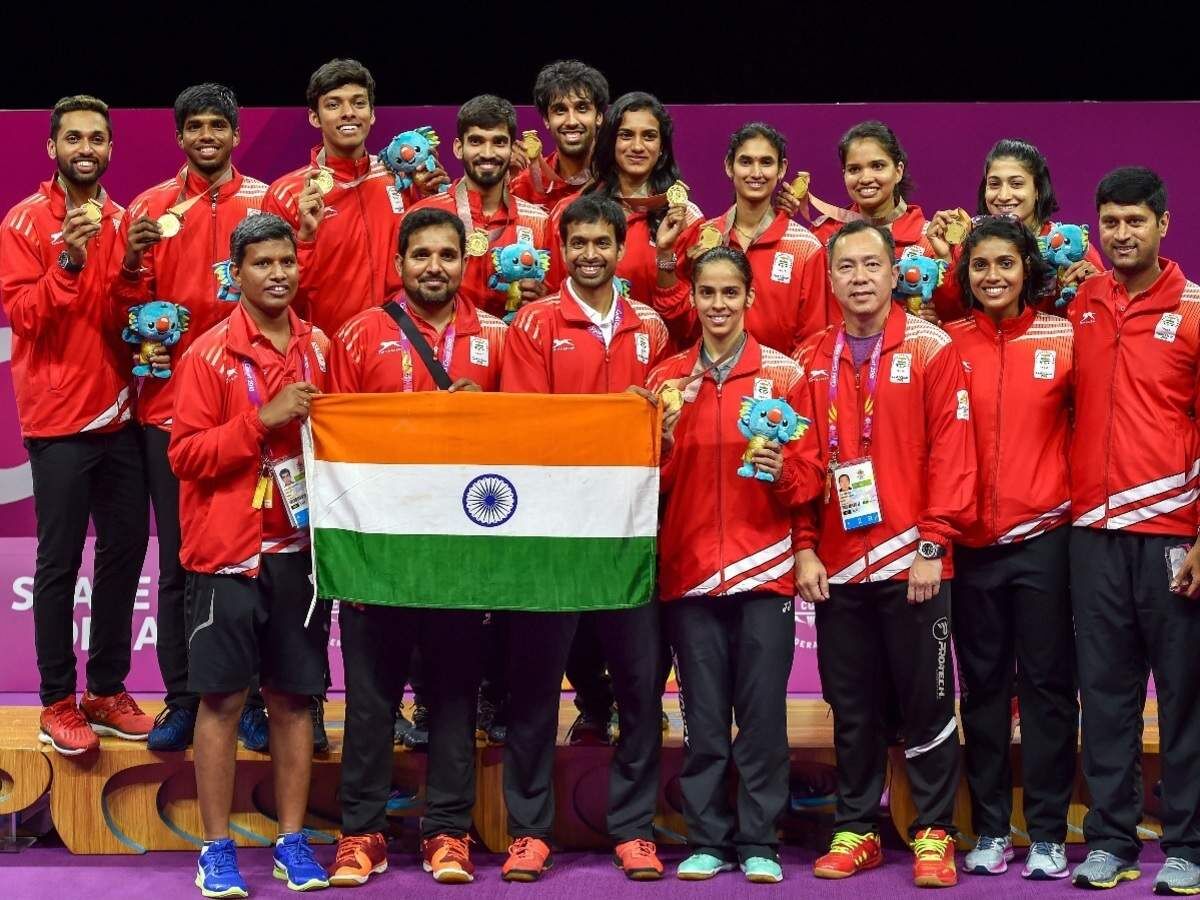