The all-important 2022 British Swimming Championships kicked off today from Sheffield, with swimmers vying for spots on both the World Championships and Commonwealth Games rosters.

As noted in our preview, several swimmers have been pre-selected to the roster for Budapest based on their results rendered at the 2020 Olympic Games. With that in mind, Tokyo finalists Max Litchfield and Molly Renshaw are not competing here, yet have secured their spots.

Additionally, the meet offers a chance for some swimmers to spread their wings, a la Adam Peaty trying the 200m breast on for size. The man recently raced the event at the FFN Golden Tour – Marseille, posting 2:14.48, but we’ll see what the world record holder has on tap for the event should he keep it on his schedule here in Sheffield.

As a reminder, the full British Selection Policy is linked above with the minimum time standards included at the bottom of this post.

National record holder Imogen Clark wasted no time making her presence known here in the first event on the day.

The newly-returned-to Derventio eXcel swimmer punched a statement swim of 30.77 to reap the top seed, registering the only 30-pt time of the field.  Clark owns the national record with the 30.04 she put up at the 2018 European Championships, although she nailed a new SCM record of 29.32 just last November in the ISL.

The men’s 50m backstroke hets saw Edinburgh’s Scott Gibson land lane 4 with a smooth-looking 25.38.  That outing already knocked .04 off of the man’s previous PB, a mark of 25,42 he hit just this past February at the British Universities & Colleges (BUCS) Championships.

In fact, Gibson’s result here logs a new Scottish national record in the event, giving him an extra boost heading into tonight’s final.

Olympian Joe Litchfield lurks as the #2 seeded swimmer out of the heats, posting 25.54, while another Joe in Joe Small is right there in 25.60.

Millfield’s European Junior Championships medalist Tamryn Van Selm is also in the mix at 1:59.07 while on-fire backstroke Medi Harris of Swansea lurks further down the line at 2:00.58 for the 5th seed.

Missing from the top 8 are Holly Hibbott and Lucy Hope who scored times good enough for the B-final only. Hibbott is more in the 400m/800m range while Hope is gunning for the 100m freestyle spot.

Going back to Anderson, the Bath swimmer is looking to improve upon her 12th place finish in this event from the 2019 World Championships. There in Gwangju, she posted 1:57.51 to miss out on the final, while since then she has been as fast as 1:56.06 to ranks as GBR’s #3 performer all-time.

The top tier of the men’s 400m free played their cards close to their chest, as no one ventured under the 3:50 barrier this morning.

Swansea’s Olympian Daniel Jervis was the top performer of the heats, hitting 3:50.36, separating himself apart from the field by about 3 seconds.

The 4th seeded Kieran Bird is the man who took the national title at last year’s Olympic Trials, hitting a time of 3:46.00, becoming the 4th fastest man in British swimming history. He didn’t fare as well in Tokyo, however, clocking 3:48.55 to place 20th overall.

Two of the top three finishers from last year’s edition of this women’s 400m IM are missing, with winner Aimee Willmott and 3rd placer Hannah Miley both having announced their retirements. In fact, Willmott is doing the announcing here on the British Swimming live stream this time around.

She is joined by 17-year-old Katie Shanahan, who touched in 4:49.37 as the only other sub-4:50 swimmer. Shanahan raced this event at the 2021 FINA Short Course World Championships, making the final and placing 8th there in Abu Dhabi.

Olympic champion and World Record holder Adam Peaty led the way with a solid 59.55 morning swim in this men’s 100m breaststroke. He represented one of two sub-minute performers, paired with Loughborough teammate James Wilby who notched 59.90.

Two-time Olympian from Scotland, Craig Benson, got on the board with the 3rd-seeded swim of 1:00.19 while his Stirling teammate, Olympian Ross Murdoch, grabbed the 4th seed in 1:00.61. 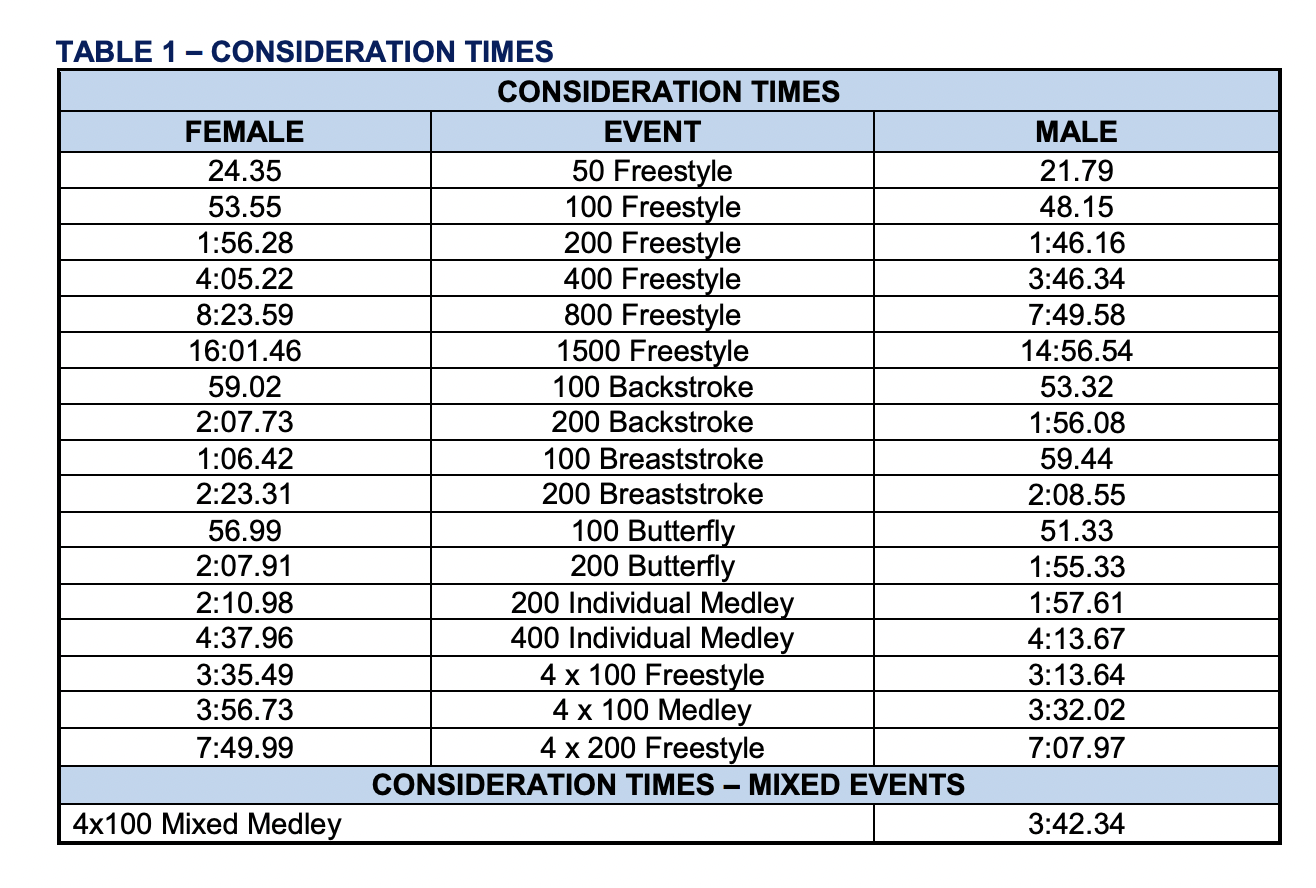