The 2022 Australian Swimming Championships (May 18-22) are fast approaching, and the Aussie swimmers are undergoing their final preparations ahead of what’s sure to be an electric meet at the South Australian Aquatic and Leisure Centre. The country’s finest swimmers will assemble in a bid to be a part of the Dolphins team ahead of the busy international schedule.

Labelled a “Blockbuster Swim Trials”, Dolphin’s Head Coach Rohan Taylor believes the rescheduling of the event to align with the High-Performance Trials strategy will ensure best performances from the athletes. Athletes must take gold in Adelaide to be assured nomination for both World Championships and Commonwealth Games, alongside meeting various criteria set by Swimming Australia.

Funky Trunks-sponsored athlete and Tokyo Olympic bronze medallist Brendon Smith will be amongst the ones to watch in Adelaide. The Medley swimmer will be competing in both Medley distances along with the 200m Freestyle in what looks like a bid to earn a spot on the Freestyle Relay team, with a top 6 place required.

Backstroke Olympian and fellow Funky Trunks athlete, Isaac Cooper is ready to race, after what has been “by far the most intense prep he’s ever had.” He will race his favoured 50 and 100m against Aussie record holder Mitch Larkin, whilst also trying his hand in the Freestyle sprint double and a 50m Butterfly. Cooper says, “I know I have the ability to swim faster than last year, I just need to put everything I’ve learned in the last year into practice.” 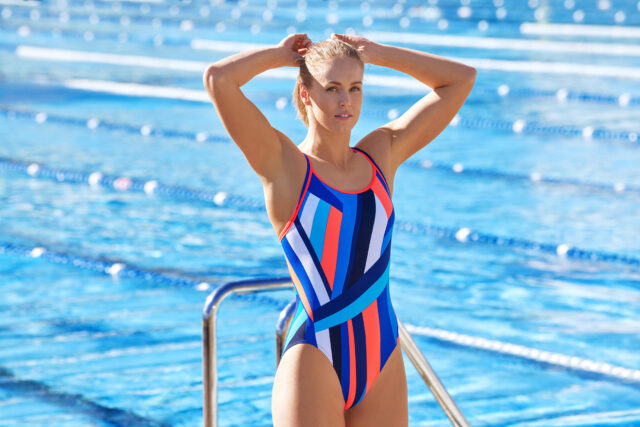 Funkita athlete Holly Barratt has a massive program lined up in Adelaide.

Australia’s sole representative at last year’s Short Course World Championships, Funkita-sponsored athlete Holly Barratt, has enter the 50m and 100m Freestyle, Backstroke and Butterfly at Australian Trials. The 34-year-old admits the Trials will “be a busy meet” for her whilst World Champs and Commonwealth Games selections are “always the aim.” Barratt will defend her title in the 50m Butterfly which made her the oldest-ever Australian swimming champion. 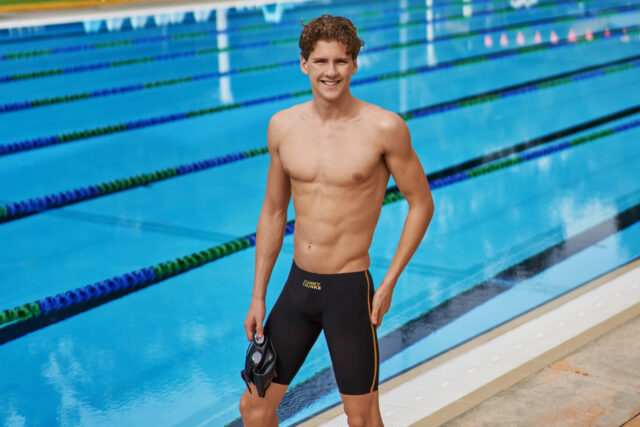 A first Dolphins team is in reach for Sprinter Jamie Jack.

The Australian team for World University Games team, has opted to compete at US Nationals in California, after Swimming Australia announced the withdrawal of the team in March. This brings huge opportunities to young Aussie swimmers including sprinter Jamie Jack, who with a recent 22.42 for his 50m Freestyle is just 0.03 shy of qualifying and making his first Dolphins team. Like his older sister Shayna, Jack says he loves the “pressure and atmosphere” at selection meets and his excited about the prospect of swimming fast in his new Funky Trunks APEX Predator X race suit. 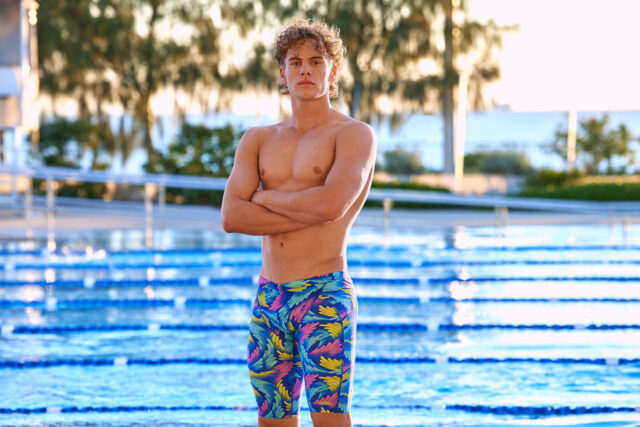 Funky Trunks athlete Ashton Brinkworth is ready to light things up in Adelaide.

Like Jack, Funky Trunks-sponsored athlete Ashton Brinkworth who moved from Western Australia to train on the Sunshine Coast, would love to book another University Games Team selection and is also a serious contender for a Freestyle Relay spot in the Commonwealth and World Championships teams. Ashton spends his free time playing in a band and doesn’t shy away from the big stage. The Freestyle gun also lives for the atmosphere in the South Australia pool stating, “it’s so different to a normal meet, way more electric.” 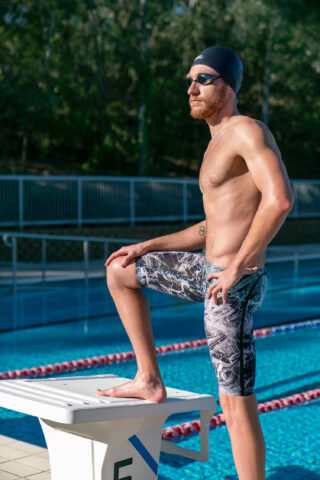 Olympic medallist Jack McLoughlin is sitting this Trials out.

A notable absence from the Aussie Trials is Tokyo silver medallist and distance Freestyle Champion, Jack McLoughlin. Jack has said he is “taking some time away from the pool this year to focus on finishing University and getting some work experience.” Although his talents will be missed this year, he has promised to be back in the water in 2023 in preparation for Paris.

You can keep up-to-date with all the action from the 2022 Australian Swimming Championships on SwimSwam.