Friends, famous people, athletes, and singers. Sooner or later, we all are given a nickname. Sometimes it does not last long. Other times, it’s not a real nickname but only the abbreviation of our real name. On some occasions, however, those words work so well that they become 100% part of people’s identity. In the world of swimming, there are many athletes who have been given a nickname that has lasted over time, giving light to shades of their character or their swim technique.

Let’s see some of the most famous nicknames of swimmers.

MICHAEL PHELPS AKA THE BALTIMORE BULLET

Michael Phelps is known in many ways and with different nicknames. Thanks to his unequaled career, he is for many (all) the GOAT or Mr. Swimming, but before becoming a legend, Michael earned his nickname “The Baltimore Bullet” by taking a cue from the Maryland town where he grew up and Robert Ellis Miller’s 1980 film “The Baltimore Bullet.”

One of the cult swimming athletes of the early 2000s was undoubtedly Ian Thorpe, the 9x Olympic medalist who enchanted the world with his particular swimming technique and the bizarre swimsuit he wore: a one-piece suit that entirely covered his legs, trunk, and arms up to the wrists. This combination of speed and black suits earned him the nickname “Thorpedo.”

ALEXANDER POPOV AKA THE RUSSIAN ROCKET 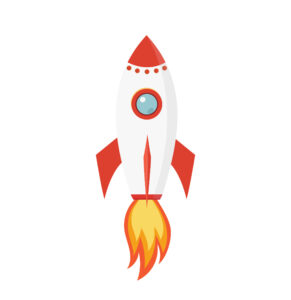 Olympic champion of 50 and 100 freestyle in two consecutive editions (1992, 1996) Alexander Popov earned the nickname of “Russian Rocket,” as well as the more classic one of “Zar,” for having been the ruler of sprint races at the end of the last century when any allusion to space and the conquest of the sky was certainly not accidental.

Mary T. Meagher was the undisputed queen of the butterfly in the 1980s — she held the world record of the 200 fly for 19 years. She swam an impressive time of 2:05.96 in 1981. Perhaps the most poetic of swimmers’ nicknames is dedicated to her, “Madam Butterfly,” inspired by her favorite event and the famous play written by Giacomo Puccini.

One of the most successful nicknames of the past few years was certainly the one given to Katinka Hosszu. The Hungarian champion, thanks to her incredible marathons of races that have sometimes seen her swim in every event of the program, and her tough and resilient mentality, has earned the name of “Iron Lady.

This choice was so good and appreciated by the athlete as to make it a real brand and also use it for the name of her ISL team, the Iron team. Linked to the same International Swimming League team, there is a second nickname because the team captain in 2022, Ranomi Kromowidjojo, was called Iron Panda to underline her love for this animal.

KOSUKE KITAJIMA AKA THE FROG KING

Kosuke Kitajima is the most successful breaststroker of the early 2000s and is the only one to have won the 100 and 200 breaststroke at the Olympics in two consecutive editions, Athens and Beijing. Looking at the level of specialization of these two different events now, it’s difficult to think anyone else can do the same in the future. Throughout the world, the Japanese swimmer is called “The Frog King” and exactly like Katinka Hosszu, he decided to give this name to the ISL team where he is the general manager.

MICHAEL GROSS AKA THE ALBATROSS

Athletes’ physical sizes have always aroused a lot of interest among people and gave the opportunity to create bizarre nicknames. One of these is “the Albatross,” the perfect nickname for Michael Gross, who in the 1980s achieved the WR in the 200 butterfly four times. He was very tall (6′7″) but above all, he had an impressive arm span of nearly seven feet.