The lineups for the prelims of the 4×100 mixed medley relay have been released, with most of the top countries not sending in their full-strength teams.

The United States is notably going with their best male backstroker, Ryan Murphy, in this session. This means that they will most likely be going with a female backstroker in finals, so presumably Regan Smith. They are also using Lily King on breaststroke, being one of the five teams in their heat using a female breaststroker. King has also been off form recently in this meet, having finished fourth in the 100 breast in a time well slower than her season-best. Michael Andrew is notably swimming fly instead of his stronger stroke of fly, and Erika Brown will be anchoring on free.

Australia’s lineup is male-male-female-female with Isaac Cooper on back, Matthew Wilson on breast, Brianna Throssell on fly, and Meg Harris on free. They most likely will use top female 100 freestyler Mollie O’Callaghan in the finals, and notably are not using Shayna Jack, their #2 freestyler in terms of time, in the prelims.

Great Britain seems to have a lineup that is very similar to what their projected strongest finals lineup, with the only exception being that Jacob Peters is swimming fly. He will likely be replaced by James Guy in the finals.

Canada seems to not have put any of their stars in the prelims of this heat, meaning that they are likely not going all-in on this relay. 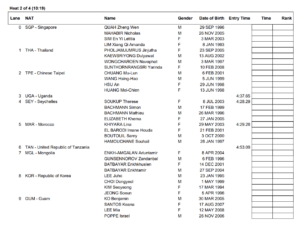 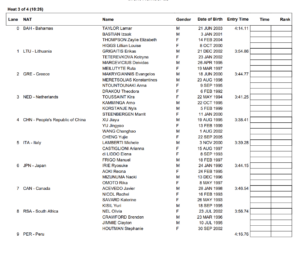 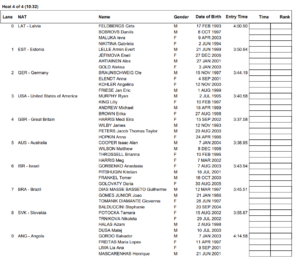