As a part of its Research, Development and Innovation (RDI), the Olympic Training Center Rovaniemi is running a competitive swimming development program called ‘Modern Dryland Training’. This arose from the simple objective of creating better solutions for dryland training for swimmers and coaches globally. Along the way, the focus has shifted to a bigger picture of having synergy between dryland training and pool training.

Regardless of the sport, we all play the game. In swimming, that game is called; How fast can I swim? A question that every swimmer wonders from time to time. Each game has rules that form the basis of the game. In the current situation, the rules of the game for swimming have changed completely, but most players have not been notified. This massive change is due to the fact that the rules were not complete to begin with. The traditional approach for developing a performance has lacked a significant piece, and its absence has kept coaches speculating about the means of developing an athlete. We might think that we got it all figured out, but if you listen carefully, a doubt has risen. After the Tokyo Olympics a question about how to get swimmers to swim faster has been brought up many times.

As the game progresses, players adjust to the rules and the rules become more or less self-evident. Every now and then a different kind of player joins the game. The difference is that they don’t play by the same rules, they change them because they can. In swimming it is common that these game changers appear from time to time. They do things differently, and by doing so, they develop the sport further. Now that the evolution of speed has been increasingly considered, it is fair to ask if there are any new game changers coming.

The original rules were placed around the formula: stroke technique + physical fitness = performance. People have grown accustomed to the fact that swimming is a sport of technique, endurance and power, and this has led to linear thinking. While these key factors are important for the sport, they do not form a formula that would solve the question of how swimmers can swim faster. To this day if you want to become a better swimmer, you have to develop these known key factors. The problem is that with linear thinking you develop what you already know, and you try to explain every phenomenon based on the theory you understand. This means using technique and exercise physiology as your cornerstones.  Swimming is not primarily a sport of technique, endurance or power, as none of them can change the drag significantly. The formula is incomplete because technique alone is not able to determine the movement quality in swimming performance.

Stroke Technique which determines the alignments of the swimmer’s body and movement, as well as the rhythm

Stroke Mechanics which determines applied forces and their effect on body

These three concepts form the whole described as quality of movement. If the purpose is to make a permanent change to swimmers’ technique, it is crucial to make sure if the origin of the movement makes it possible. Usually, if a swimmer returns to poor movement patterns, it is not because of poor technique or misunderstanding of the right technique, rather the solution is found at the starting point of the movement. So, if you have tried everything and are still struggling to make a change in someone’s technique, it might be that they don’t have the ability to make that change, because the movement origins in a wrong part of the body. They might lack balance, control and proprioception to make the change needed. All this is due to dysfunctional pelvis. In this situation the swimmer is experiencing the implosion effect, where the external load at the end of the limb causes a collapse in posture, resulting in an unwanted movement pattern and point load on the body, which most commonly affects the shoulder, lower back, groin or knee. Opposite to this is the explosion effect, where the muscle firing sequence starts from the hips and reflects towards the limbs, allowing for better balance, movement control, proprioception and muscle use. The proper sequencing happens in a chain making important things like feel for the water and better execution of technique possible.

The quality of movement helps to understand that each movement can have a different muscle firing sequence. Meaning, if a swimmer is good at one movement sequence it does not mean he or she would be good at another. This means that a swimmer can be good at one stroke, but not necessarily in another. When considering the performance of a swimmer in a particular stroke, a closer examination may reveal gaps in the muscle firing sequence. Therefore, even if a swimmer masters the technique, the performance may not reach its peak. This is called leakage of applied force.

For a long time, there has been some major misunderstandings in the sport of swimming. Accustomed to linear thinking when solving performance with technique and physical fitness, people have forgotten to question the obvious. At the beginning, different techniques were determined with the examination of hydrodynamics and aerodynamics. Leaving functional anatomy out of consideration has led the sport to a wrong path. The only way to change this is to transfer from linear thinking to lateral thinking. Meaning, observing things outside the box. Throughout the history of the sport there has been crumbs, which are a kind of clues that, if combined, would have made it possible to solve the right formula. Such clues include e.g. the recurring injuries faced by athletes, the superiority of some athletes, young athletes who drop out because they can’t swim faster and don’t understand why they can’t do it, or the things that have been said about modern technique. A good example is the modern breaststroke seen at the elite level, and how it does not resemble the breaststroke to which we are accustomed to. All this because we haven’t asked the question ‘Why’ enough, or not asked ourselves if we have understood the breaststroke technique to begin with. As we have progressed with our RDI work on studying the coordination in swimming we have come across several things that are not commonly talked about within the sport. When expanding our understanding of quality of movement and how it changes our approach of performance development these factors in the puzzle come to be the essentials of the sport. 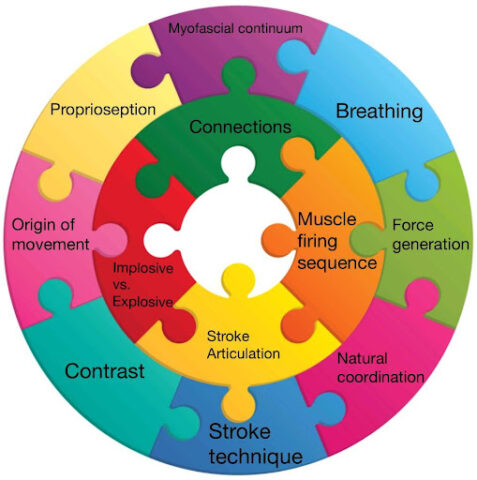 Picture 2. “The Puzzle” of things affecting the performance

The big change in the sport of swimming today is that some athletes exercise themselves through a more diverse formula that gives them the ability to become superior in the sport. This formula equals quality of movement + physical fitness = performance. In short, athletes experience less drag and are able to make better use of their physical fitness, which reduces their load. Despite of these game changers, our research findings have led to a conclusion that swimmers have not yet achieved maximum performance. Therefore, it is important to constantly learn more about the quality of movement that affects performance and how it should guide the decision-making regarding training. Viewing the sport through a lens of exercise physiology has led us admire the physical attributes of high-performance athletes, making many want the same qualities. It is true that developing physical fitness improves performance, but this is an assumption that does not produce the same effect for all swimmers because the ability to control performance is highly dependent on the correct muscle firing sequence, which is also a factor that allows to transfer qualities from dryland training to swimming. There are some athletes that will flourish and some that will diminish with this approach. A simple instruction of kicking from the hips for example, might be impossible to perform for a swimmer whose imbalanced hips limits the proper muscle firing sequence. While all of this might sound complicated, it is in fact really simple. Understanding this simplicity is achieved by thinking different. In the second part of this article, we discuss factors that can distort thinking and influence decisions regarding training.

Olympic Training Center Rovaniemi is one of the six Olympic Training Center’s in Finland. Together with a diverse network of Universities, sports federations and associations, research institutes and other experts, we are able to offer a wide level of education in multiple fields of sports and well-being as well as in different sports.

Santasport Swimming is a growing International Research, Development and Innovation program for swimming. Today we do research on both learn to swim and high- performance swimming using our previous experience. Through our research work, we are hoping to offer new insights on swimming development. 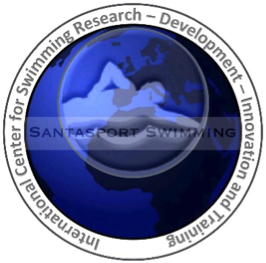 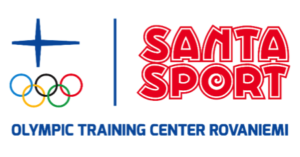 A golden start for Rio Negro at the Araucania National Games