Ryan Lochte who recently partnered with The Global Swim Series (GSS) to try and help grow the sport of swimming around the world has announced that the first “Race The Legends” (RTL) event will be held in Egypt from Oct 30 – Nov 4, 2022.

This new format will allow swimmers from all over the world to participate in Virtual and In-person Races with many of the greatest swimmers of all time in select GSS open water race locations around the globe.

Lochte wasted no time after the US Olympic Trials held just last week to move ahead with his stated goal at the Olympic Trials Press Conference of trying to help grow the sport of swimming around the world.

To that end, Ryan and several other GSS Legends (soon to be announced) will be competing at the Pharaoh’s Swim / GSS Egyptian Championships. For Lochte and the other Legends this will be a fun-in-the-sun type of race after years of competing at the highest levels of the sport.

For passionate swimmers travelling from all over the world for the event, it will be an opportunity to compete in a variety of open water distances in one of the most spectacular swimming locations anywhere, while also racing the Legends.

Swimmers who accumulate enough GSS Points will also be eligible for prizes, including autographed merchandise, meeting the Legends in person, and even a group dinner with the Legends, for the highest GSS Point earners.

In an effort to grow Egyptian sports tourism the GSS and local partner, Stroke For Egypt (SFE), have also negotiated free accommodations for the 5 days of the event at the magnificent, 6-star, Baron Palace Resort for the first 250 swimmers.

The Pharaoh’s Swim is a mass participation, open water race that will be held in the luxury resort town of Sahl Hasheesh on the shores of the Red Sea. The Red Sea is well known for some of the best scuba, snorkeling and now open water races available on any continent.

CEO & Founder of the Global Swim Series, Robert Kent said: “We think that Egypt is the perfect exotic spot to kick off the first “Race The Legends” event. The history of Egypt is so incredible, and we want to make history by hosting the first Race The Legends there. There is no other sport in the world where an average participant can directly compete with Legends of the sport, so we expect swimmers to love this format.”

ABOUT GSS: The Global Swim Series was founded in 2015 and has become the largest swim series in the world. The goal of the GSS is to promote and grow swimming around the world. This is done by offering a fun, healthy, competitive, and adventurous race experience for swimmers of all ages and abilities. Prior to 2020 the GSS had 200+ open water races, in 35+ countries, with 100,000+ participants. The GSS is a privately owned company with offices in Toronto, Canada and Fort Lauderdale, Florida.

ABOUT RYAN LOCHTE: Ryan is a true Legend in the sport of swimming. The second most Olympic medals of all time, with 12 medals, including 6 gold, 3 silver, 3 bronze, as well as 91 medals in major international competitions, multiple world records and multiple Swimmer of the Year awards. 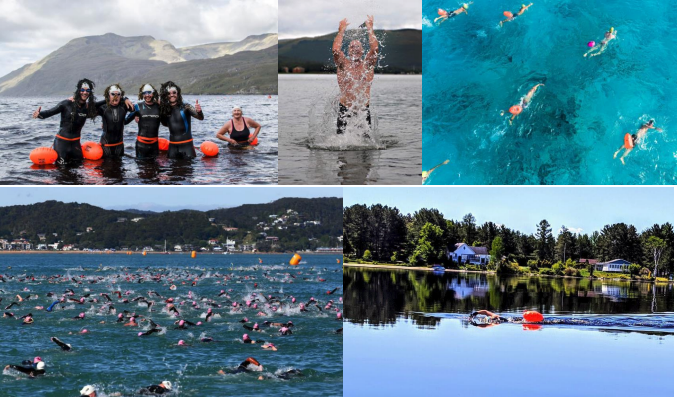 2022 U.S. World Champs Trials: Who Did SwimSwam Readers Pick to Win Each Event?