By SwimSwam Contributors on SwimSwam

SwimSwam welcomes reader submissions about all topics aquatic, and if it’s well-written and well-thought, we might just post it under our “Shouts from the Stands” series. We don’t necessarily endorse the content of the Shouts from the Stands posts, and the opinions remain those of their authors. If you have thoughts to share, please send them to share@swimswam.com.

This “Shouts from the Stands” submission comes from Doug King, a former All-American at Arizona State University and 1992 U.S. Olympic Trials qualifier.

That seems to be the question for some these days. Will a gap year between high school and college produce significantly better times so that I can get more scholarship money or maybe get into a better program? So many factors go into this huge decision. Any decision that takes a full year without a guaranteed outcome is a big decision.

I can only speak from experience, as I probably should have taken a gap year in 1988. Yeah, way back when Ronald Reagan was still our President. I was a no-name, middle-of-the-road swimmer that didn’t even have Junior National qualifying times (when Juniors was closer to current day Sectional time standards). Although in that era, nobody was taking a gap year. You either swam in college or you retired – two choices.

I had interest from only one coach at the time – Casey Converse from New Mexico State University – and that offer would have been only ‘books’ or something close to it. I was a 55.0 100-yard backstroker who had only been swimming year-round for about a year, with only high school and summer league experience prior to that. I was skin and bones with a fighting weight at 135 pounds, and my stroke technique left a lot to be desired. I needed more time in the pool, in addition to solid coaching and stroke work. But mostly I just needed to mature physically. A gap year would have been a good call.

In the end, I decided to walk on to my hometown Arizona State University team, then coached by Ron Johnson. I didn’t get a recruiting trip or any phone calls or tours or introductions. I just showed up when the season started. Coach Johnson later admitted that he put me in the distance group to weed me out so I’d quit, as they saw me as just taking up space. I didn’t quit. In fact, I flourished. I needed that distance base since I hadn’t been swimming for years like all my teammates. Still only 17 years old at my first college meet, I went a 54 in the 100 back against UNLV. The next meet, I went a 53 high, then a 53 low. And I ended my freshman campaign at a 51.9.

That 51.9, had I taken a gap year in 88-89, would have opened up numerous offers, as that was very close to the old Senior Nationals time standard. Don’t get me wrong, I’m thankful for the route I took (Go Devils!). And I would do it all again, although I wasn’t making a choice between a DI and a DIII team at the time, whereas some kids now are trying to make that jump by taking off a year. But I’m confident that scholarship offers would have been more abundant for me with a gap year. And yes, hindsight is 20/20 and maybe with different circumstances and swimming on a club team during a gap year I wouldn’t have been a 51.9 – who knows, right? Nothing is guaranteed.

I do have first-hand knowledge of a successful gap-year story… My son, Ryan. He is a distance swimmer who was 16:47 in the 1650 and 4:51 in the 500 in March of 2021, two months prior to high school graduation. He was small at 5’6” although he had an Energizer Bunny motor and a tendency to crush every practice with a personal vendetta. He had teammates who were making their Junior Nationals and Olympic Trials cuts and he was consistently in the shadows. He rarely made the A-Final in any meet, but absolutely loved competing and was consistently achieving his PBs at almost every swim meet, regardless of a taper. He had a chip on his shoulder the size of Texas believing he was ‘this close’ to attaining the next level and becoming relevant. In his mind, he was a Division-1 swimmer trapped in the body of a 14-year-old. Even at 18 years old his x-rays from the endocrinologist showed his growth plates were still open comparable to those of a 14–15-year-old, so we knew he’d still grow a bit more during “The Gap”.

All signs pointed to a gap year benefitting him. He just needed to continue working hard and grow a little and it would all come together – hopefully sooner than later. And one year later, he swam a 15:34 in the mile and a 4:31 in the 500. Junior Nationals time standards, baby!!! Three days after that meet, Coach Bowman and Coach Behm asked him to come down to ASU and offered him a spot on the team. He was one of the fortunate ones – not all gap years end the same way.

It’s definitely a family decision with much needed buy-in from your swim coach as well. Knowing that the next year will be a grind swimming for your club team when your buddies have gone off to college, may be harder mentally than physically. There comes a point in every swimmer’s career where you know you can do any workout the coach throws at you, but getting yourself to practice every morning in the dark is the real challenge. No more rah-rah from those fun high-school seasons and dual meets against rivals. No more pasta parties or pep rallies. It’s just business in a gap year. Focus! Eye of the Tiger! You have to ask yourself, “Am I ready for that?” When your club teammates are at their high school state meets and you have to swim with the younger kids at practice, the journey can feel a bit lonely at times.

I’m seeing and hearing of more and more kids who are contemplating a gap year. I don’t believe a gap year is for everyone. For instance, if you’ve been swimming since 10 years old and you had your growth spurt as a sophomore and you’re only improving by a tenth or two every year, maybe the gap year won’t give you what you’re looking for. Will another two-tenths be a difference maker and get you into a better collegiate swim program or more scholarship opportunities? Or if you no longer ‘love’ the sport like you used to – the gap year is no walk in the park. Swimming is too hard if you don’t love it.

I do think there are a few circumstances/situations/scenarios that might make it appropriate. Maybe you had an injury that kept you out of the pool your junior or senior year and that hampered your training and progress – that might be a good reason. Or if you absolutely believe taking off 2 seconds in the 100 breast might be the difference between an offer from a D-III and a D-I school, then yes. That is, IF you truly believe an X-second drop is possible for you. Did you show up to the party late and you’ve only been swimming for a year or was your training up to that point not very intense? More training or just solid training could make a difference, no doubt. Maybe you’re a sprinter and you will dedicate yourself to get stronger in the weight room while you swim during your gap year. Yeah, that could help. Ask some college coaches what times you’ll need to have to make their respective teams. They’ll tell you.

We’ve also seen several high-profile swimmers take gap years, though usually for reasons unrelated to those of the average college prospect. Regan Smith deferred her freshman year at Stanford in order to prepare for the Tokyo Olympics, as did fellow former Cardinal Katie Ledecky and former Cal Golden Bear Abbey Weitzeil prior to the Rio Games.

Unfortunately, there is no simple one-page questionnaire to fill out which helps you choose the right path. There are so many factors that go into this decision including money, parental support, personal drive and belief in yourself, friends, environment, timing, team, coaches, and _______ (fill in the blank). Another thing to think about… Should you go to community college and take a course or two while you take The Gap? For example, take 1-2 classes per semester to keep the school train moving forward while also giving yourself the time needed to swim, eat, sleep, swim, eat, sleep. (You can only take up to 11 credits during a gap year and still be eligible for academic scholarships you may have qualified for in high school.)

And finally, who will you be training with who can push you? Ryan had fellow distance swimmers who were committed to major D-I programs. They were very fast and pushed him hard every day. Without those guys, maybe he doesn’t drop over a minute in the mile. Again… who knows?

With all the factors that may come into play when making the Gap Year decision, it’s important that everyone is on the same page. It will be an uphill climb without support from loved ones. Talk to your parents, your coaches, and maybe even others who took a gap year. The more information, insight and advice you can get, the better. Good luck! 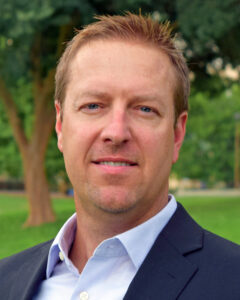 Doug King is a former walk-on to All-American and school record holder at Arizona State University.  A 100 and 200 backstroke specialist, Doug swam under Ron Johnson at ASU from 1988-1993.  A 1992 Olympic Trials qualifier, he placed 9th in the 100M Backstroke, ranking him 18th in the world at that time. After a 26-year hiatus from swimming, Doug now swims and competes in the U.S. Master’s Swimming program.  Currently living in Gilbert, AZ, he is married with three children.

Read the full story on SwimSwam: Shouts From The Stands: To Gap Or Not To Gap…