Ultra Swim Swimmer of the Month is a recurring SwimSwam feature shedding light on a U.S.-based swimmer who has proven themselves over the past month. As with any item of recognition, Swimmer of the Month is a subjective exercise meant to highlight one athlete whose work holds noteworthy context – perhaps a swimmer who was visibly outperforming other swimmers over the month, or one whose accomplishments slipped through the cracks among other high-profile swims. If your favorite athlete wasn’t selected, feel free to respectfully recognize them in our comment section.

Things couldn’t have gone much better for Ryan Murphy at the 2022 Short Course World Championships, as the 27-year-old American won five gold medals, added two world records to his resume and made history with his dominance of the men’s backstroke events.

His performance in the 100 back was particularly of note, as it was the second-fastest in history, trailing only fellow American Coleman Stewart, who set the world record of 48.33 last year.

Murphy was also clutch for the U.S. on relays. Leading off the mixed 200 medley, he split 22.37, well under his American Record of 22.53 in the 50 back (not officially a new record due to it being a mixed event), as the Americans went on to claim gold and set a new world record of 1:35.15.

Murphy also had a strong opening leg of 48.96 on the U.S. men’s 400 medley relay that ultimately tied for gold with Australia in a joint world record of 3:18.98.

He added a sixth medal, this time a silver, on the U.S. men’s 200 medley relay that set a new American Record of 1:30.37 (Murphy split 22.61) behind the world record-breaking Italians.

For his efforts, Murphy was named both the Male Swimmer of the Meet by World Aquatics (highest FINA point total) and SwimSwam. 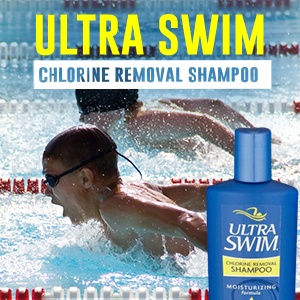 Ultra Swim is the shampoo made for swimmers. It gently removes harmful chlorine, and prevents damaged hair. So swim all you want, without sacrificing your hair.

Buy Ultra Swim at these locations

Ultra Swim is a SwimSwam partner.